Here's a selection of Photographs of the finished table at it's new home in Firestorm games, shortly before I found out that I really do suck at Malifaux! (more on that later;) 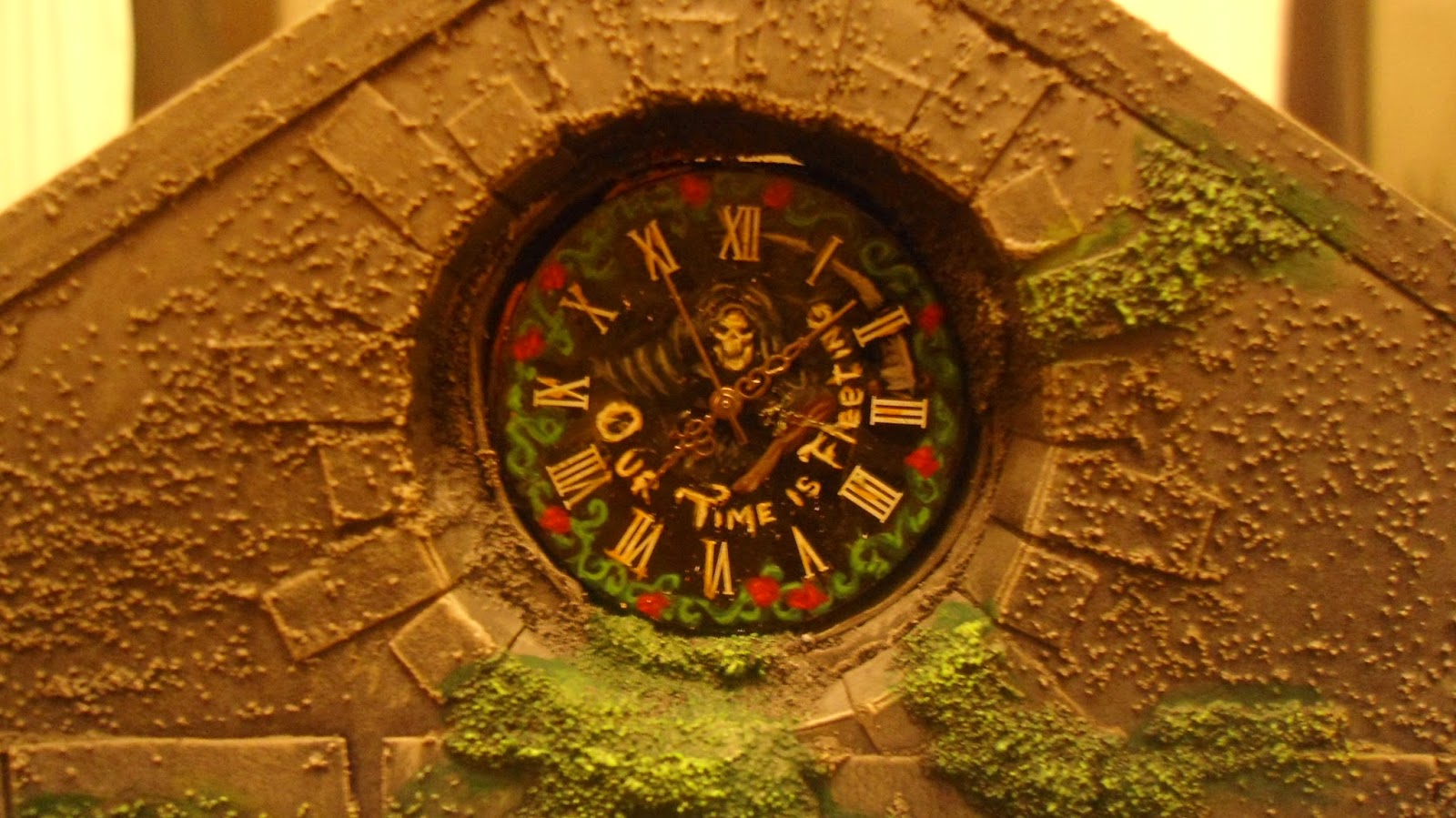 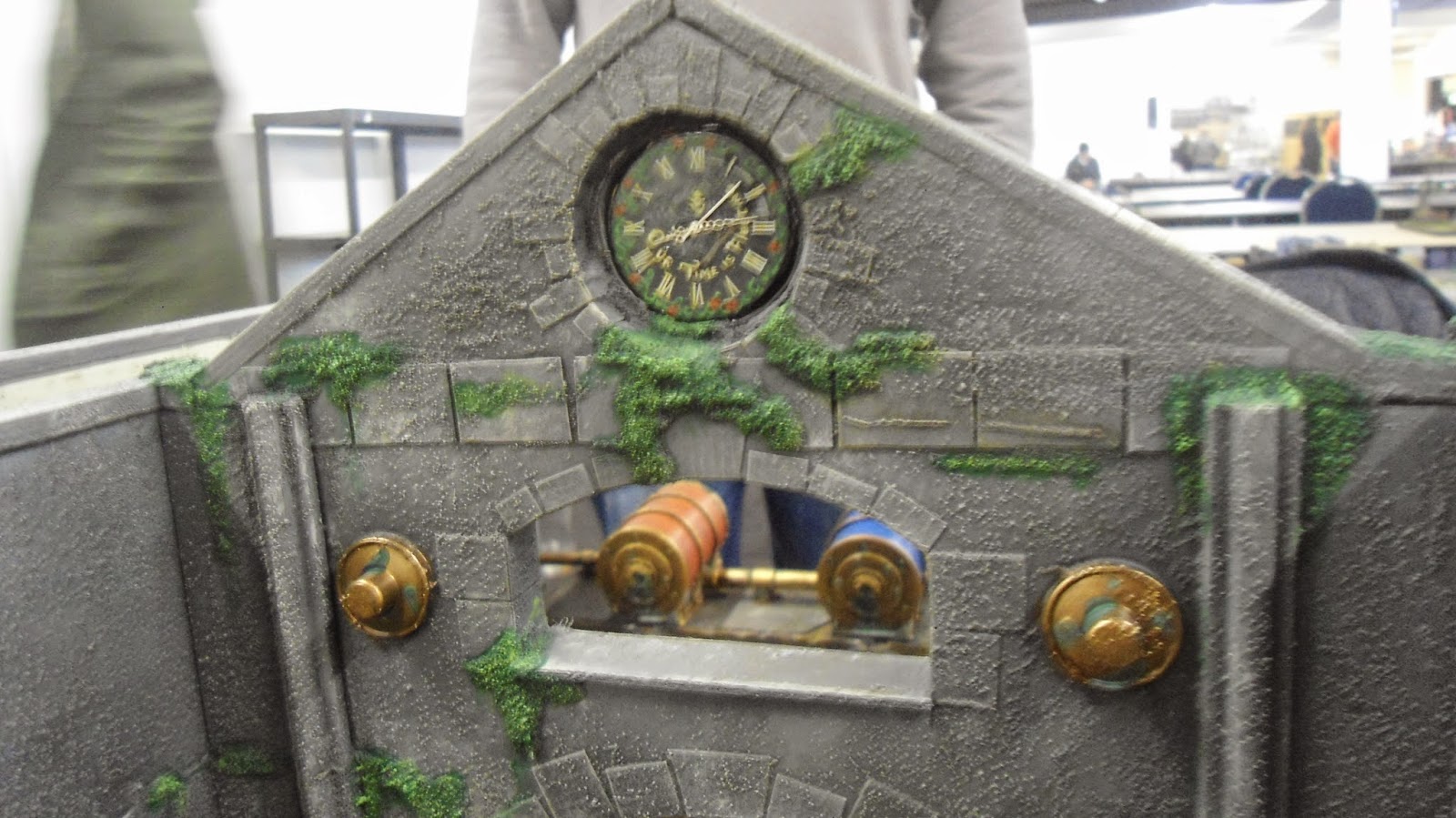 The clock above the warehouse is made from the innards of the pocketwatch I use as a soulstone marker, it does tell the time.. ish... the varnish and the hour hand have occasional issues.. 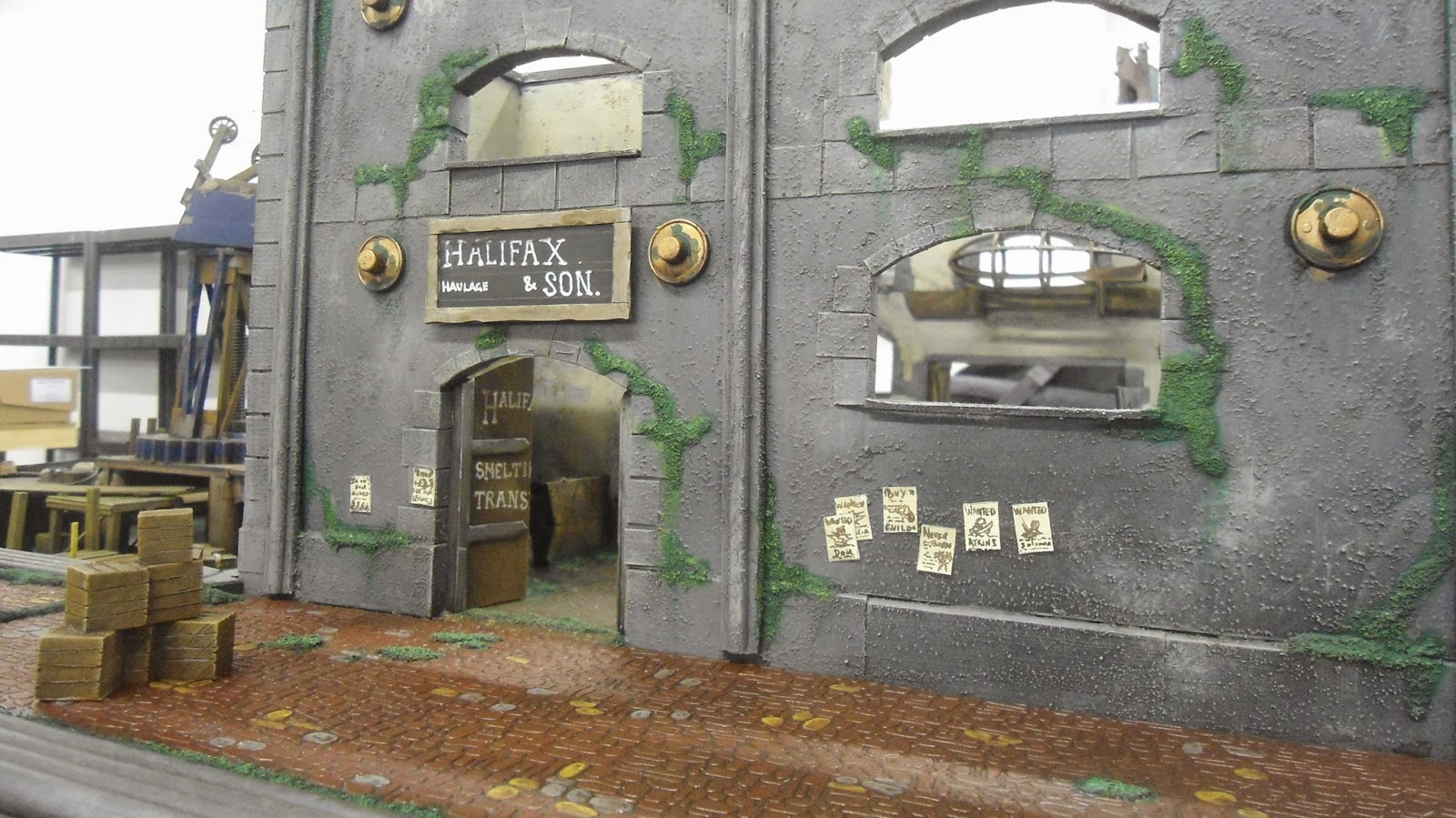 the East side entrance, the smallest of the doors it does face the long quay, and so deserves it's own sign. 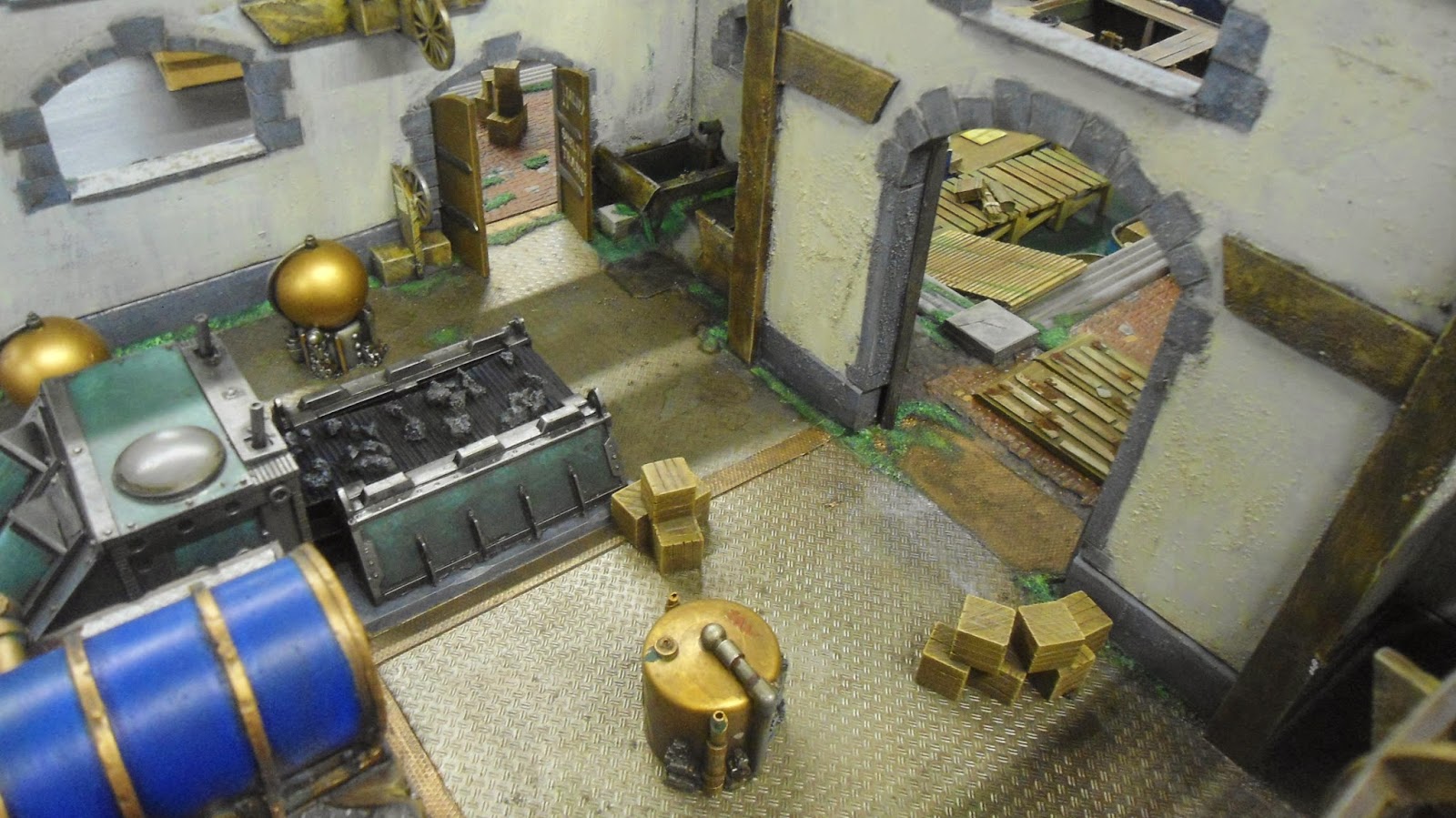 The interior of the factory, complete with treadmill and chemical vats, as well as some crates and other bits and bobs of scatter terrain. 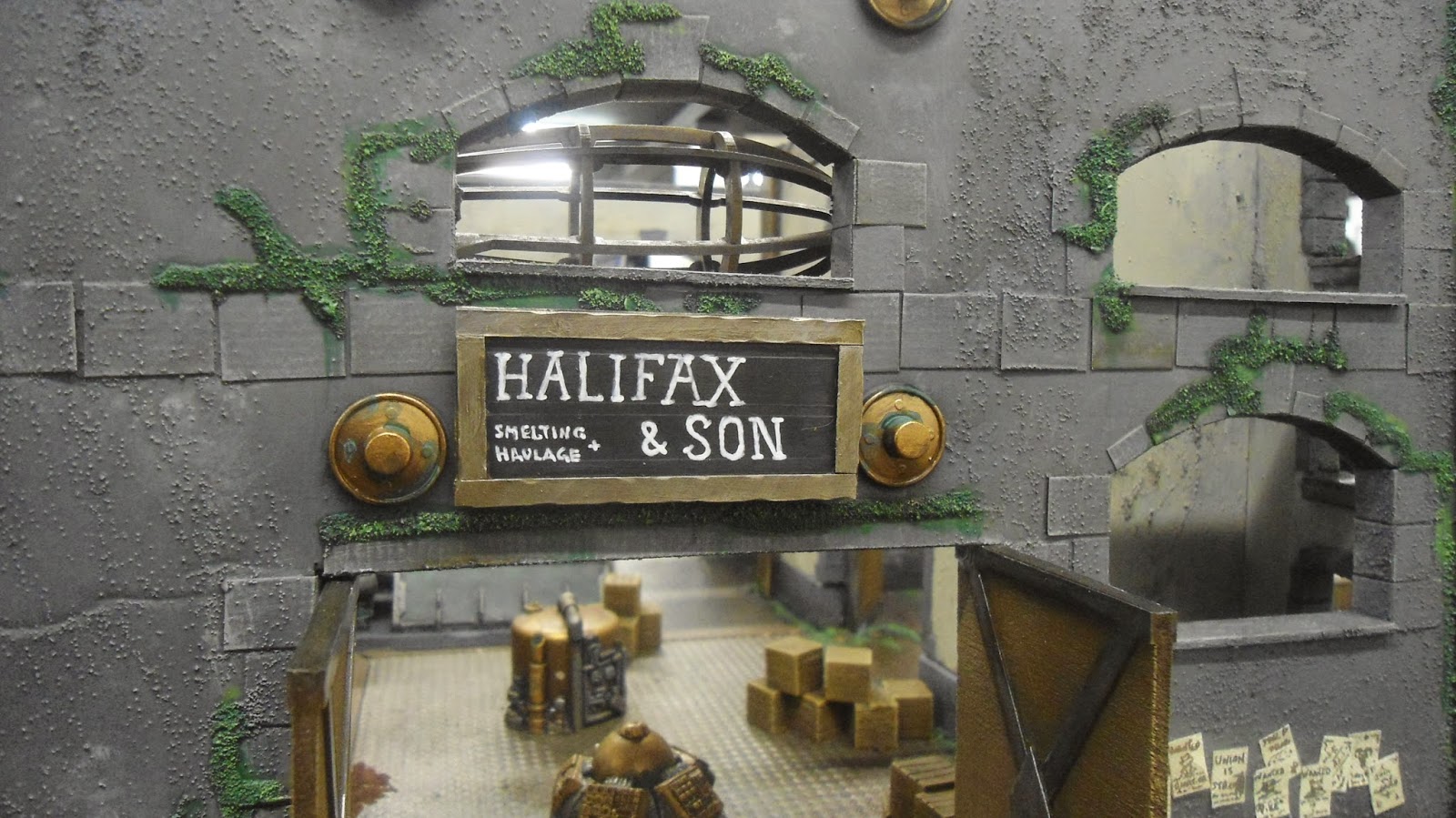 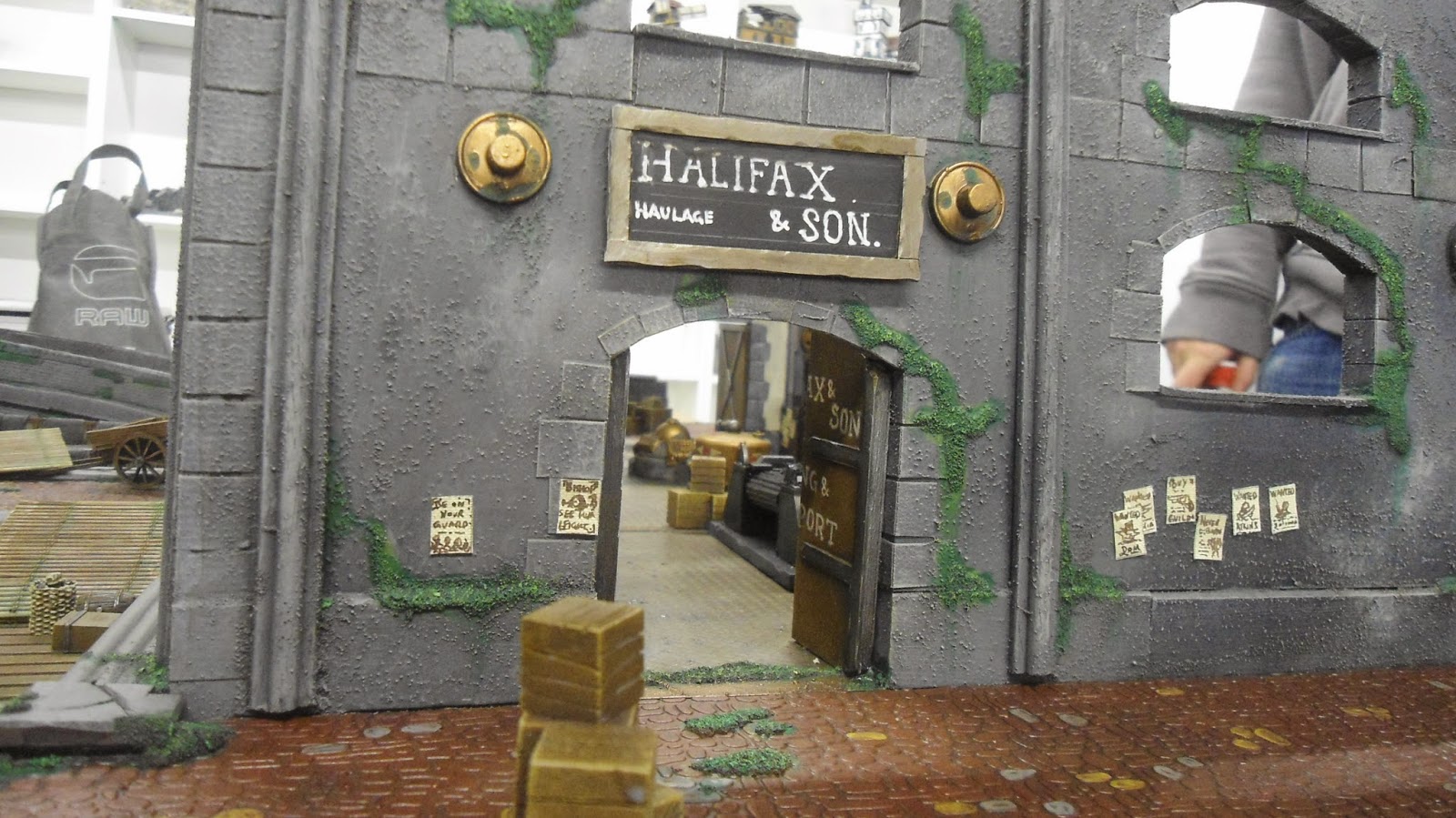 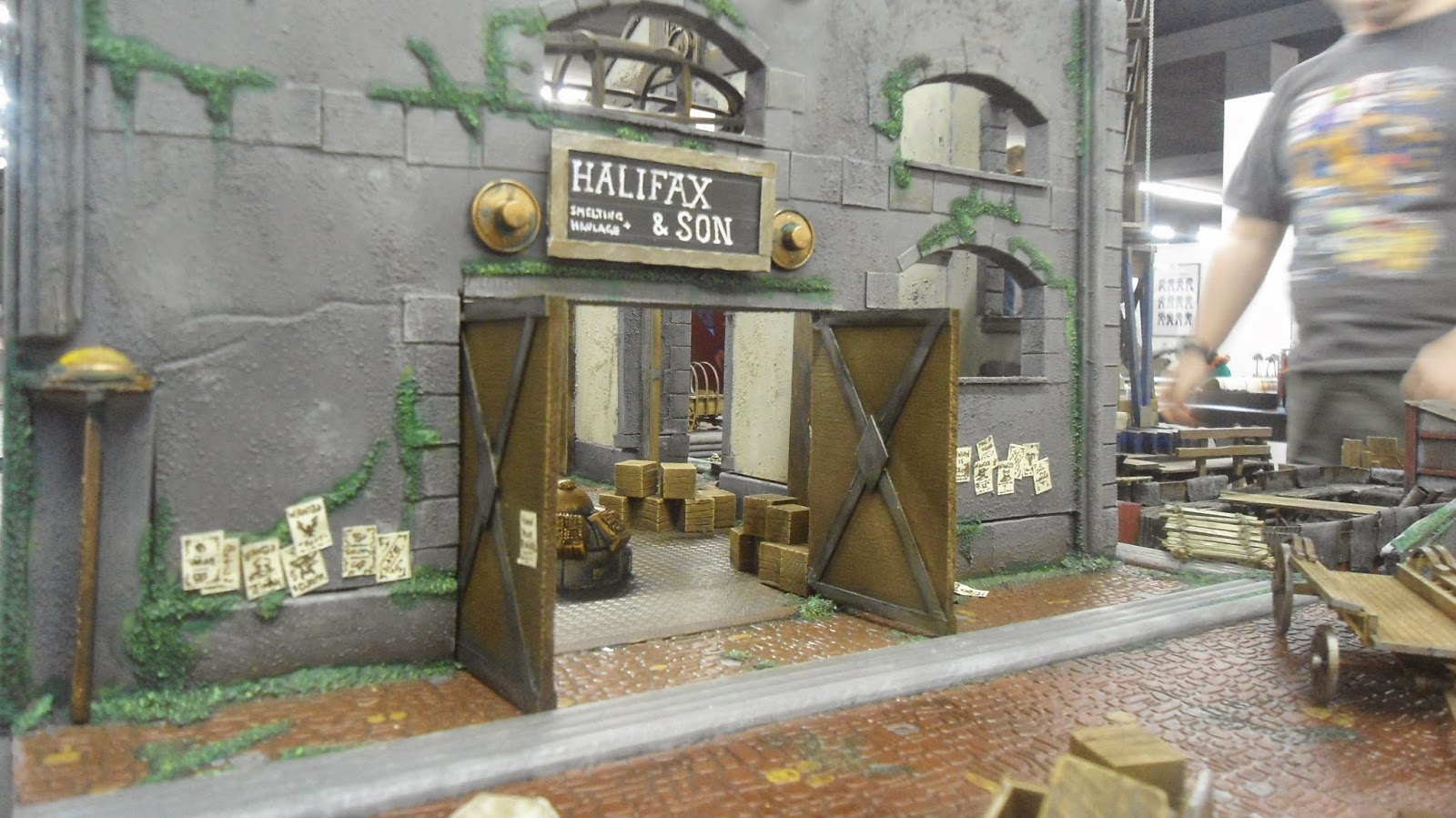 The doors onto the main street, you can just see the skeletal form of an airship through the window, the name Halifax came from the word my friend and I always got when we typed Malifaux into our phones, we had arranged a game of Halifax so often I decided to do something about it. 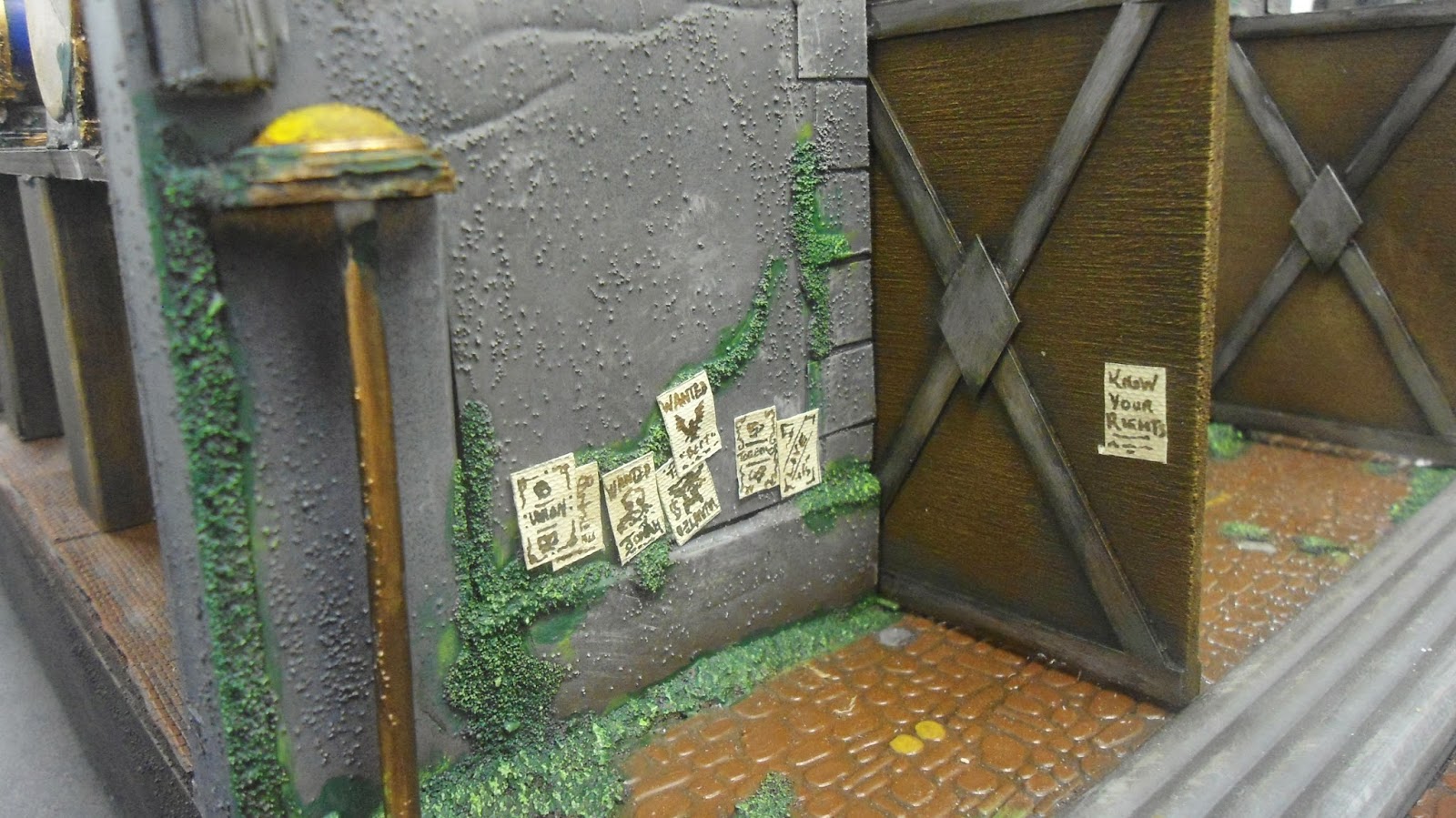 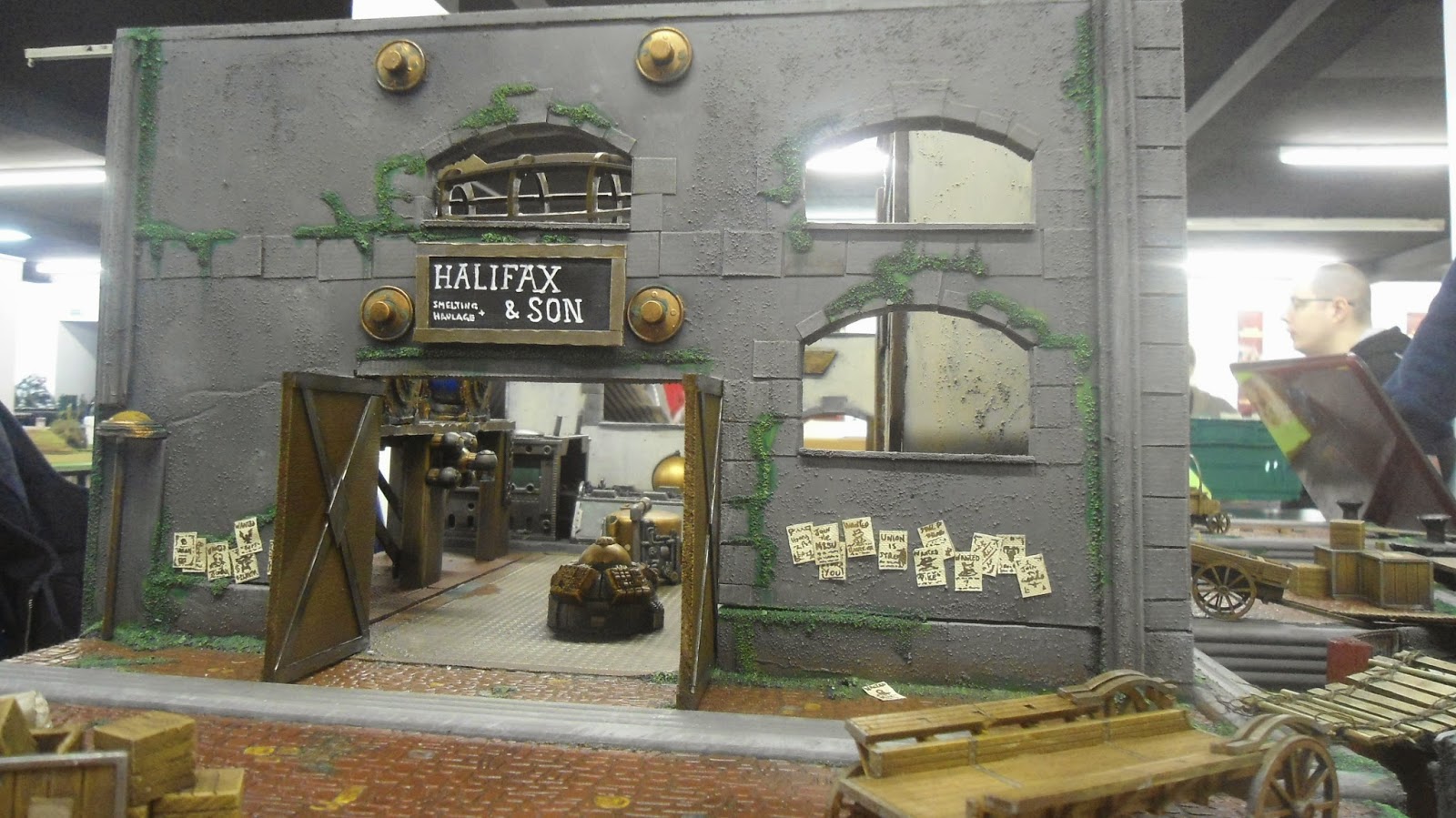 As well as the usual wanted posters for Malifaux's denizens, the posters contain adverts for the Guild Guard, the Star Theatre and various mercenaries services, the board inside also has shift patterns for factory workers. (many of the wanted posters feature members of my gaming group) 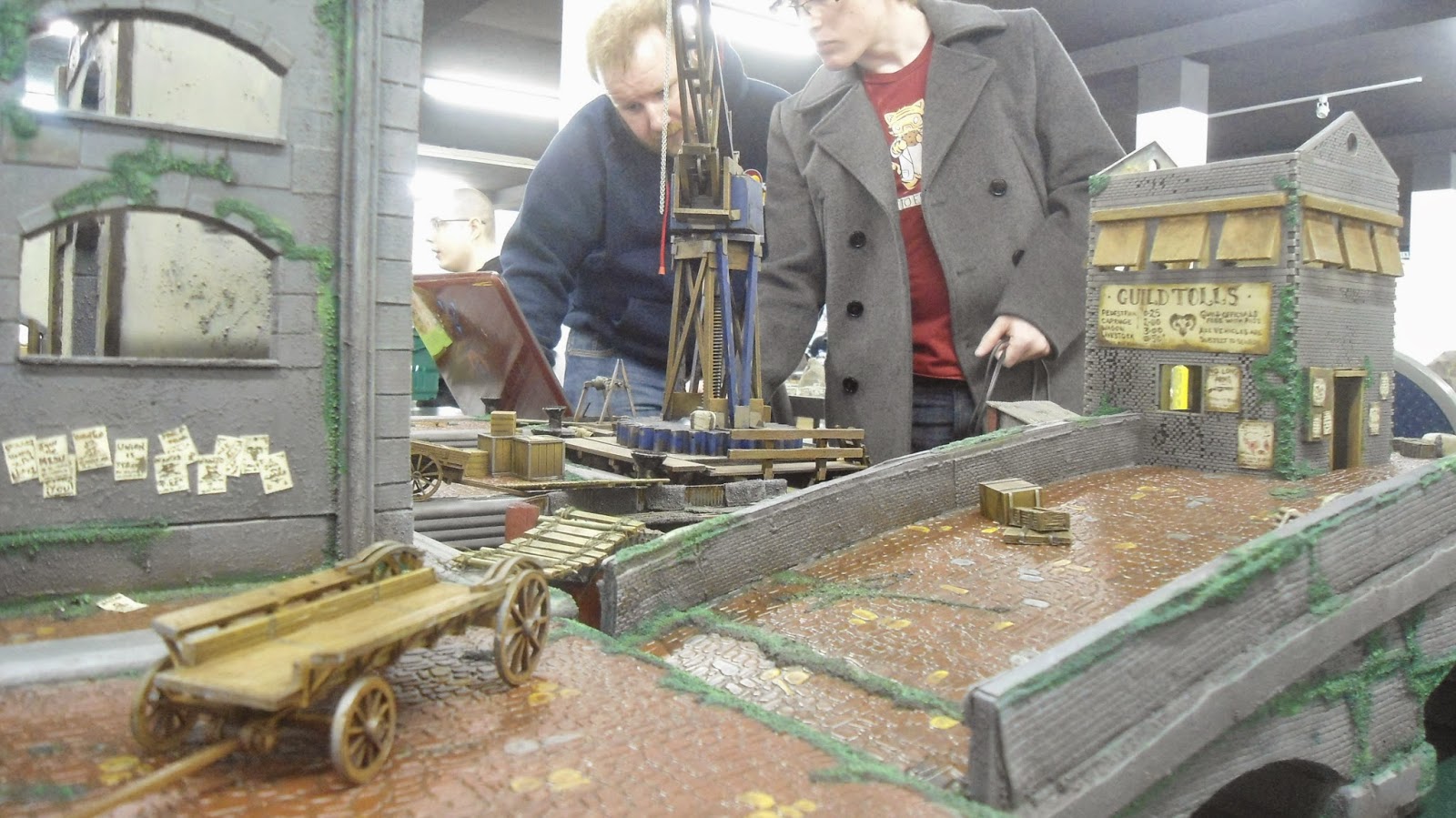 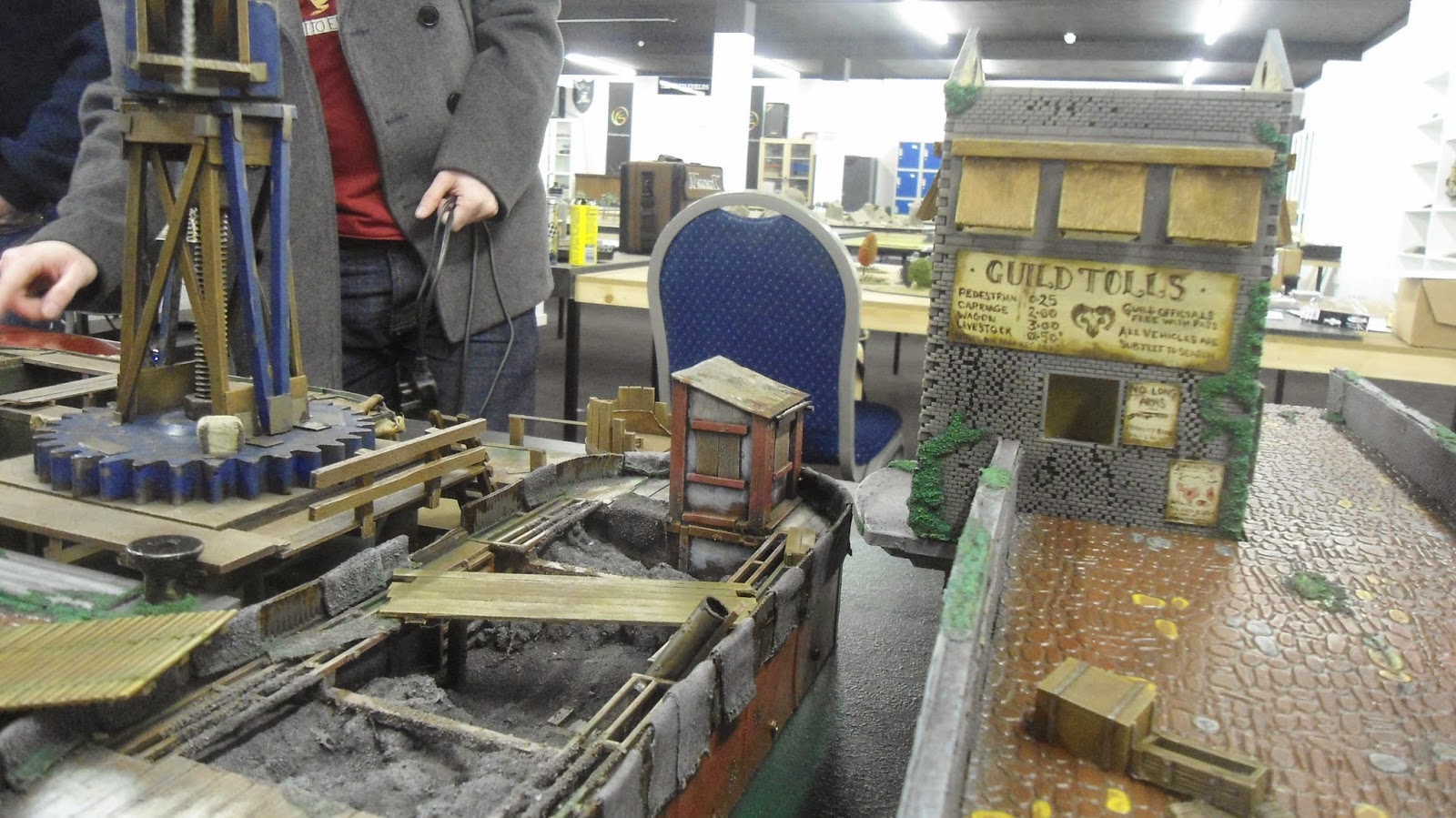 The view across the bridge, you can see the Toll prices from here, as well as small map of the quarantine zones and some weaponry restrictions whilst on the bridge. 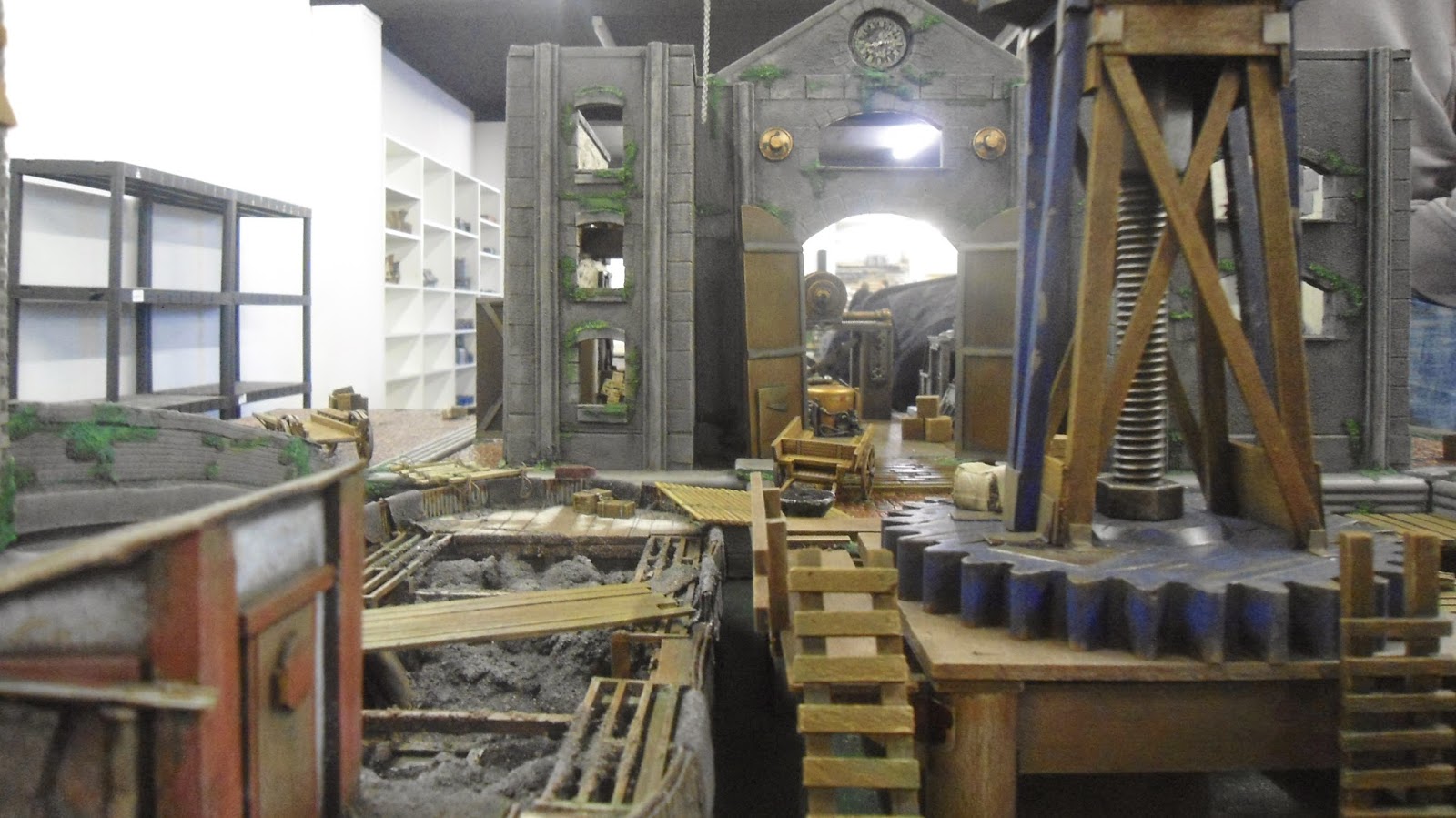 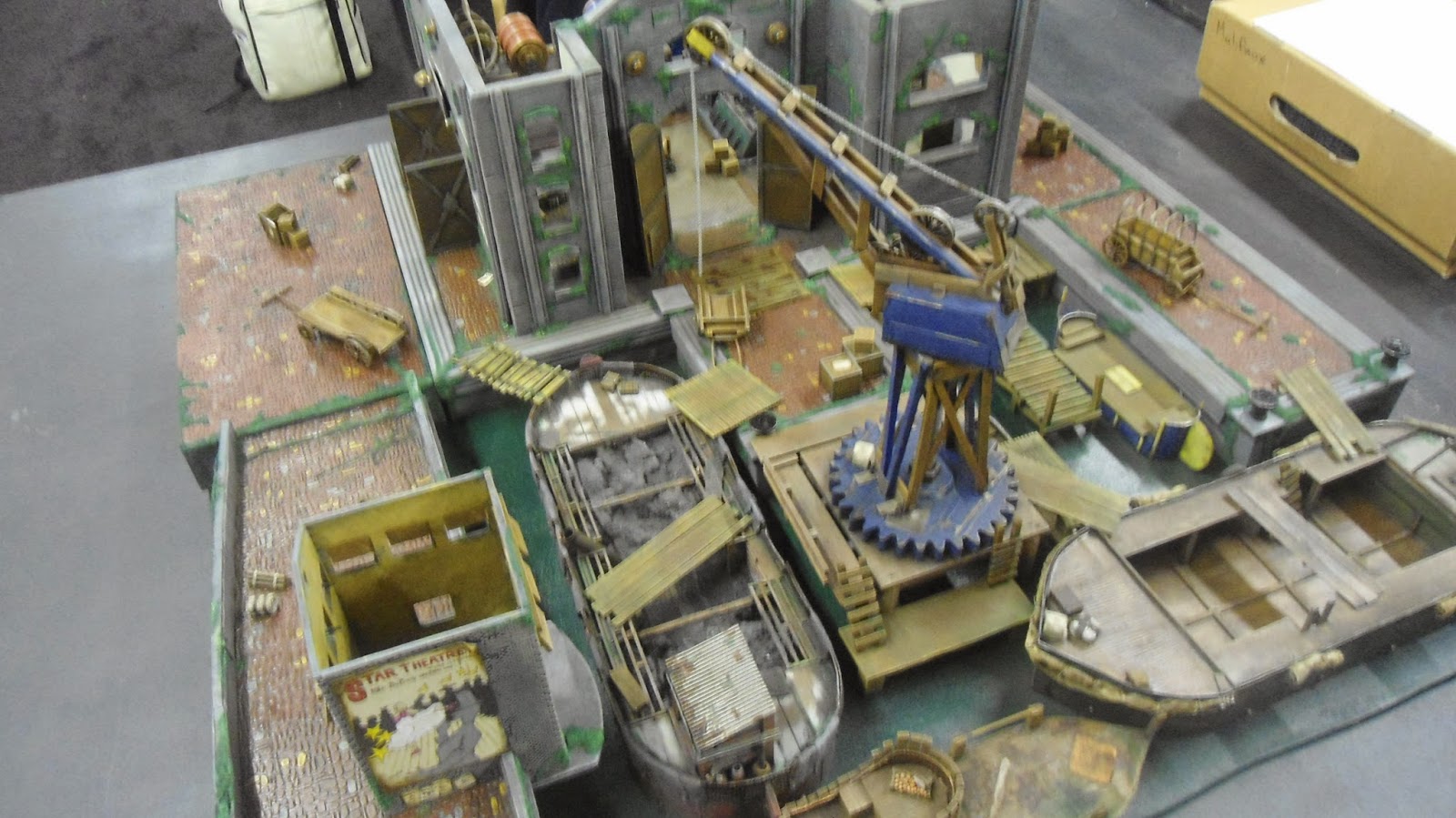 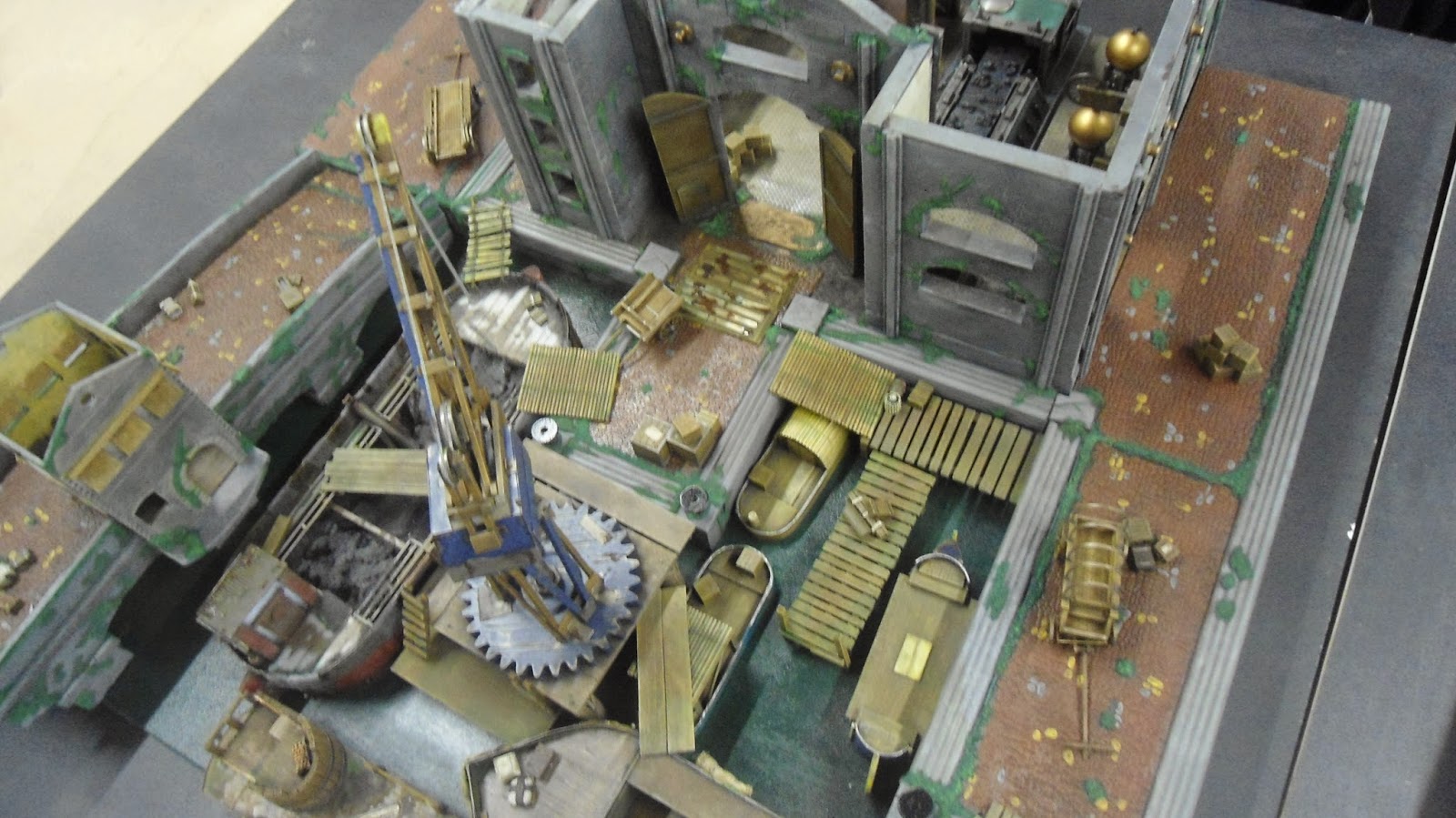 a few general pictures of the boats and crane- as you can see an extra platform has been added to the base of the crane since the original photos were taken, this adds a lot more playability to the watery section and the ladders add an extra detail. the extra walkways and jetty can be moved around to change the playing surface, and there is a lot of scatter terrain around to give even more cover. 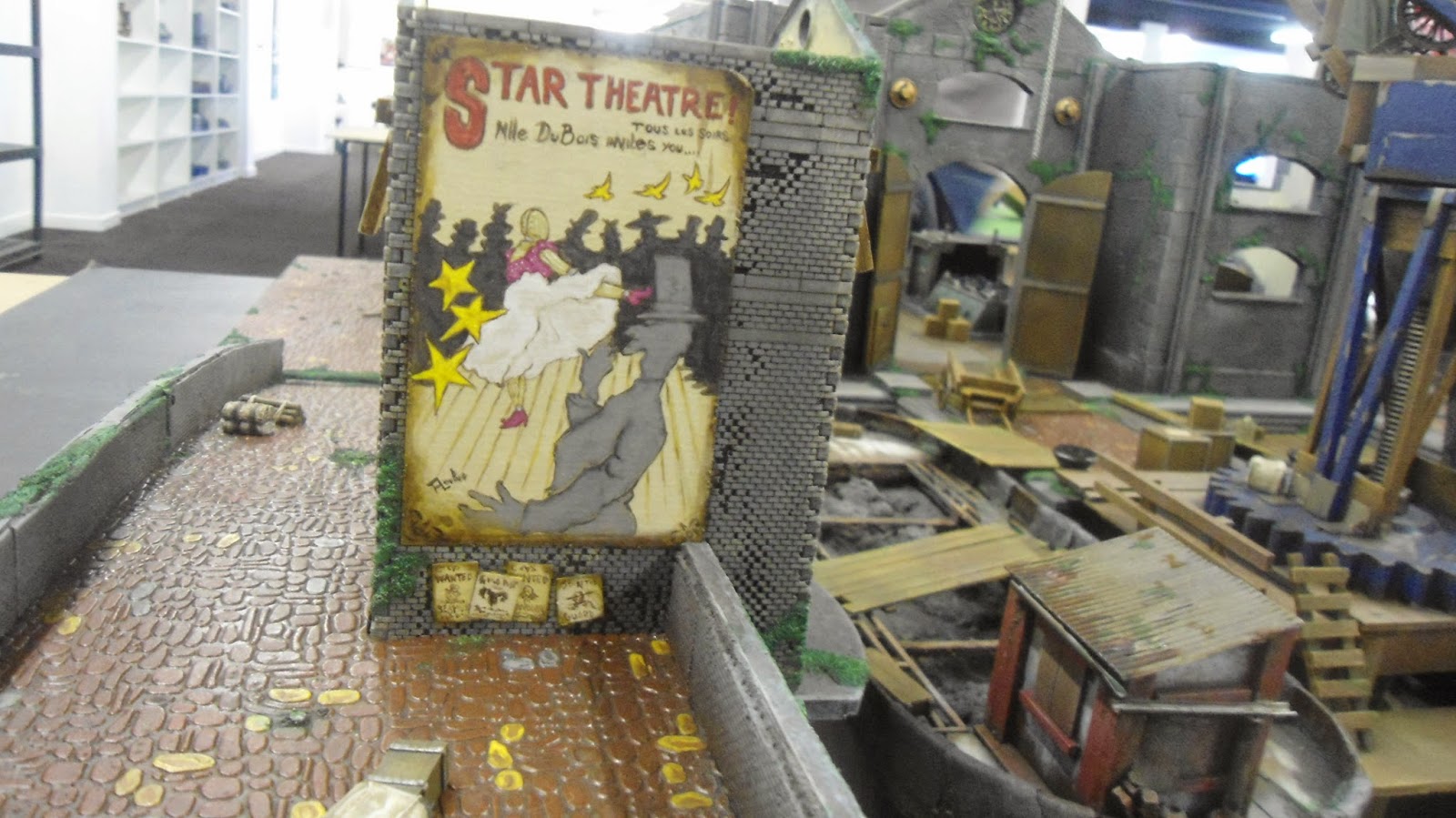 The inspiration came from one of Toulouse Lautrec's Moulin Rouge posters for the advertisement for the star theatre, with the dancer swapped for a Coryphee, extra stars and of course a change to the wording. I use freehand rather than printing as I find it easier to blend the colours in with the rest of the board. 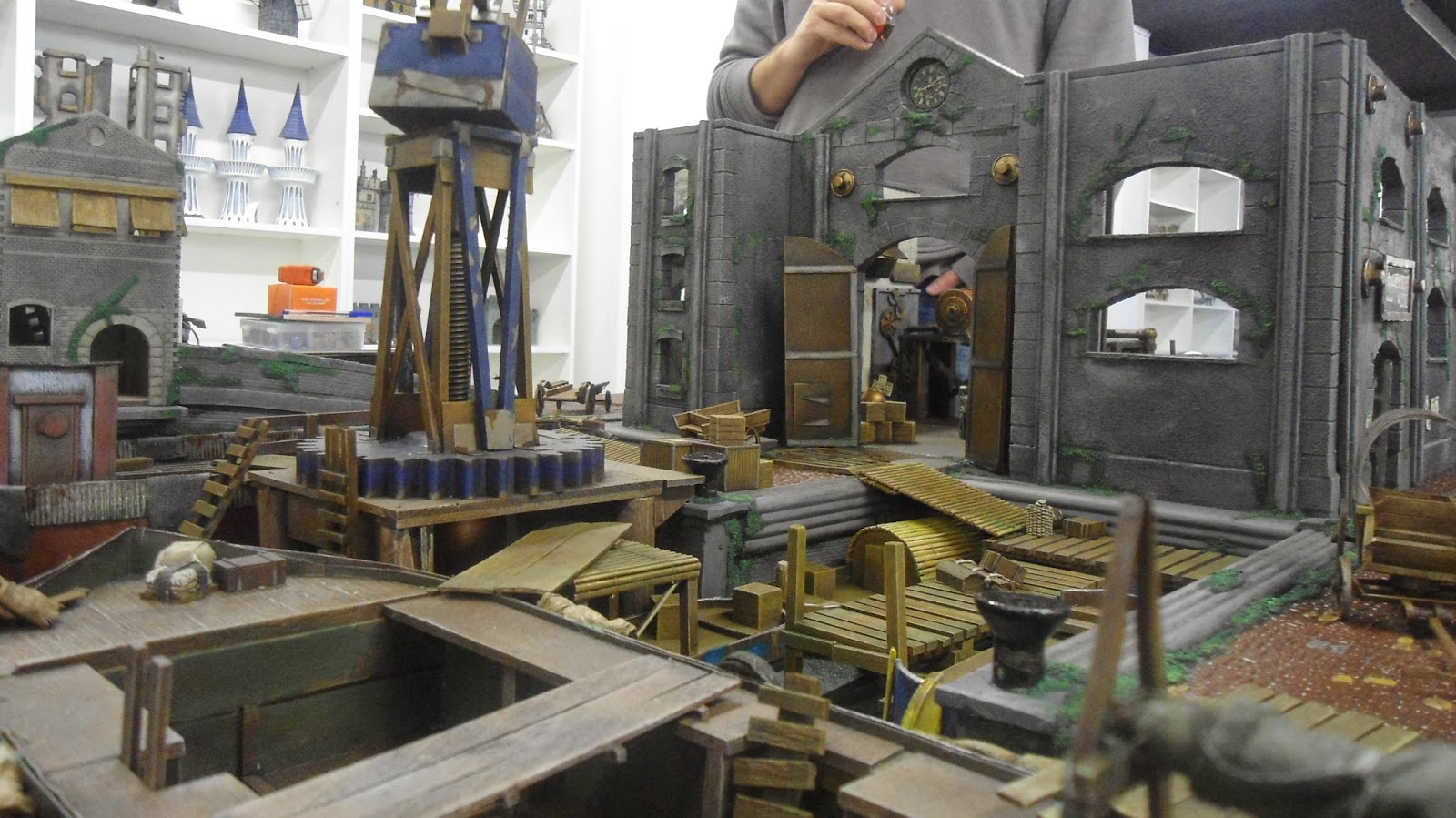 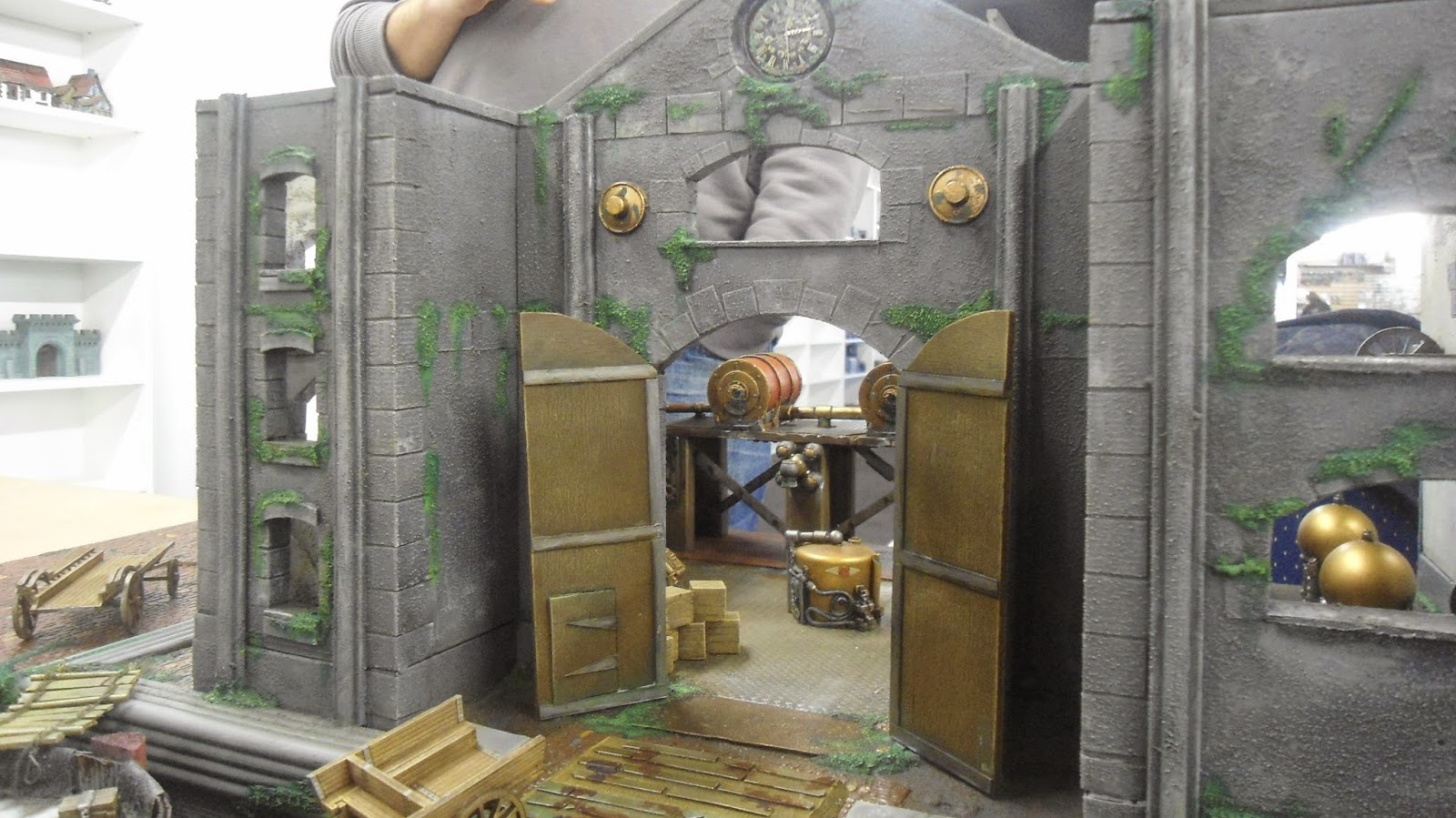 Some better views of the front, the doors looked less wonky in person, ah well, can't have everything:) these doors are massive, they really are, the smaller door fits a 35mm tall model through no issues, and even my Rail Golem could skip through without bumping it's head!

I am happy to say that the feedback from the players has been pretty positive overall, even those players who initially thought it would be unplayable found it made for a good game with interesting movement possibilities, (although Dom did manage to get a grem in an almost unassailable position which I had to put measures in to prevent happening again) no crew found itself particularly favoured or hampered by the table, so all in all a good project that I really enjoyed putting together that looks great in it's new home!